Edited 23-Dec-2014 19:45
Our 29 g (standard dimensions) community tank has gradually thinned out over the last few years. We let it get down to the 11-year-old 5-in female spotted pleco and started thinking about restocking.

(Side note--the water has been cloudy as of late, as evidenced in the photo below, so that\'s delayed the restocking. Not sure what\'s going on as it started when the light stopped working for several days so the tank went dark, and the cloudiness is white, not green. Keeping nitrates around 20 ppm. Plan is to change the filter, continue WC, and medicate...other suggestions appreciated.)

Yesterday we adopted a few fish who needed a new home on short notice. We got two tetras, which the owner said were glolight tetras but I\'m pretty sure are actually dyed Columbian tetras, and added them to the community tank. They seem pretty happy and I think the best plan is to add 4 more Columbian tetras of the same size after the water clears up.

The community tank is planted and has several decorations/hiding places that have been in there for years (fake rock, PVC pipe, pre-boiled driftwood). It also has an airstone that comes on during the day.

My main question: can the betta go in the community tank? My concerns include fin-nipping by the tetras, and higher speed water currents caused by the filter and airstone.

Either way, suggestions for additions to the community tank and/or betta tank? 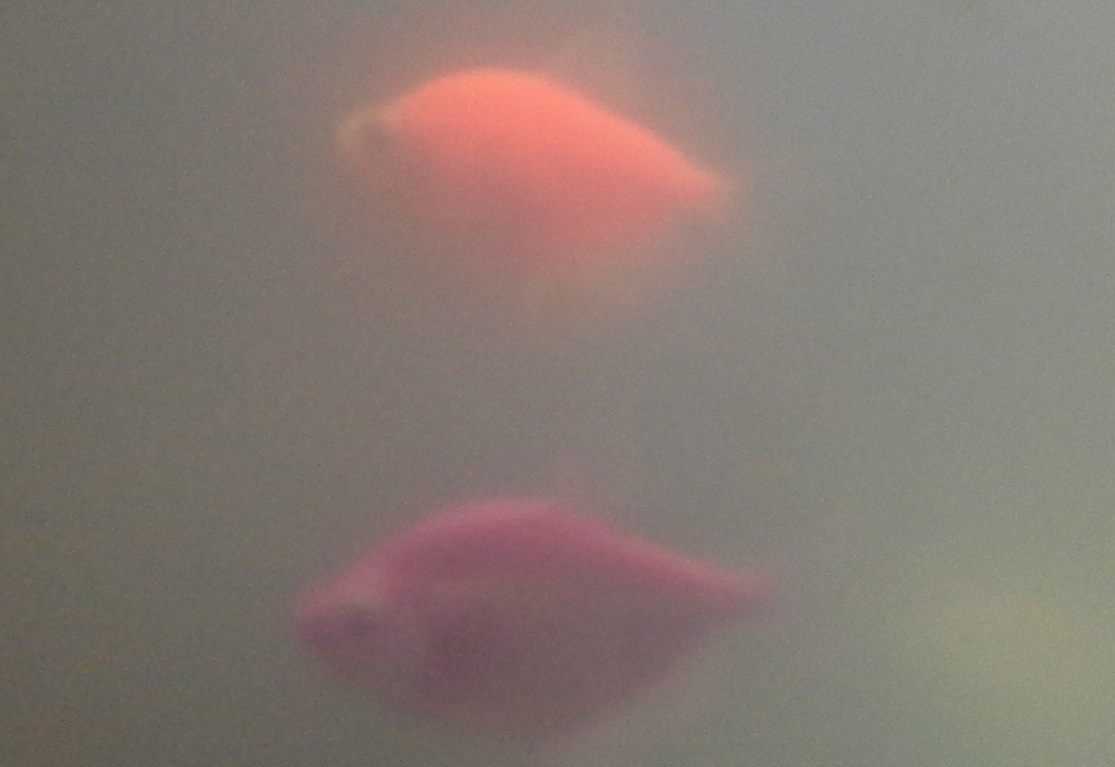 White cloudiness usually implies some sort of cycling is happening. In your case, since it\'s an established tank, I\'d say a minicycle. Check ammonia and nitrIte as well. Adding a few rescues at once could be all it needed to make it go into minicycle. Waterchanges every few days and adding extra oxygenation (air stone or let the filter splash a bit more) should be enough to get through it.

You mention that you\'re medicating, what for?


Do you have any live plants in the tank, how\'d they fare with the lights off?

Lately we\'ve had thinned down tanks as well. It seems to happen as original stocking changes. If you do add her keep an eye on the female, if she seems to be struggling against the currents you can try and rescape the tank to create calmer areas for her. Otherwise the 2.5 (here is a calculator you can use to check), with a mesh cover (bettas like to jump!) and regular weekly water changes will be ok.
Keeping the tetras in a small school may help reduce any nipping you see.

andbeonetraveler
Small Fry
Posts: 5
Kudos: 7
Votes: 0
Registered: 27-Oct-2013
I decided to keep the betta in the 2.5g alone and am working on adding 1 nerite snail, which I think will be enough. I can't manage to do water changes quite as often as I should for the small tank, so I've added a couple of live plants. Other than that, she seems to be doing well.

The cloudiness in the 29g still occurs from time to time, and doesn't seem to be a nitrogen cycle issue, at least anymore, with ammonia and nitrite 0. I suppose it could be a nitrate problem. However, I sometimes notice a sort of white mold growing on the bit of the carbon filter that sticks up above the water line and I wonder if that could be related. It generally clears up with a water change and Accu-Clear.

I've got more questions about the tetras now, but I think I'll start a new thread for that.

Hi,
Welcome to Fish Profiles!,
The white area on the tip of the piece of carbon that is sticking out of the water is more probably Calcium Carbonate (CaCO) that forms as the tip drys out. Your water may be hard or slightly hard.

The plants are a good idea, I hope you have enough light on them for a period of 8-10 hours.

I suspect that you are going to have to perform more frequent water changes, and clean the gravel at the same time with a "Gravel Vac" or something similiar. Be sure to match the water temperatures between what is in the tank and the replacement water. There should be less and 2 degrees difference or less.